This past weekend, with it’s gorgeous mild weather, was a strong sign of the season to come – FALL!!! It’s time to break out the sweaters, plan the tailgate parties, and hunt down your favorite Seasonal Beer.

While summer is a time of pale ales and citrus notes, fall answers with pumpkin-flavored brews, darker ales, and—best of all—fresh hop beers.  Everyone knows that fall is harvest time, and that goes for hops as well – over 90 percent of the world’s supply is harvested between the beginning of September and the end of October. While most of these hops are destined to be dried and frozen, a growing number of brewers are taking them fresh from the fields and crafting harvest ales, which capture the essence of these flavorful little flowers while they’re still brimming with tasty resin. 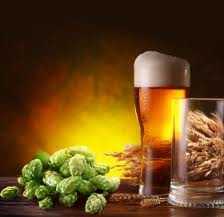 There is something for every beer lover—from pumpkin and spiced flavored ales to German-style Oktoberfest.

Harvest Ales – Ranging from brown ales to pale ales, these fall beers go wonderfully with roast beef, smoked salmon, and even spicy dishes. Try them with Gouda cheese too!

Pumpkin Flavored – Pumpkin beers are a true staple of the season. They are infused with distinct autumn flavors like nutmeg, ground ginger, cloves, cinnamon and allspice. Brewed in a variety of methods, each pumpkin-brewed brand presents a unique concentration of flavor that ranges from a hint of pumpkin to bold taste.

Whether you explore Oktoberfests, pumpkin beers, or harvest ales it’s nice to know that fall can still be a season bursting with possibilities.

This site uses Akismet to reduce spam. Learn how your comment data is processed.